The Rose Hill Plantation is one of my new favorite Spinnaker Resorts Activities tours. The tour group from Waterside and Bluewater Resort and Marina was greeted by Jo Anne, the Rose Hill Restoration tour guide. As we walked up the cobblestone path to the long-standing Rose Hill Mansion, it felt as though we had stepped back in time when the Rose Hill Plantation was filled with crops and full of life. There are only a few rules for the tour, among the obvious: be respectful of the owners’ items, keep the photos and questions to the end, and stick with the tour group until the very end of the tour. Jo Anne explained that she would be guiding us through the history of the mansion as we moved from room to room. Before starting the official journey, she offered us a glass of wine and let us know we were welcome to sit on any of the furniture as we moved through the house. 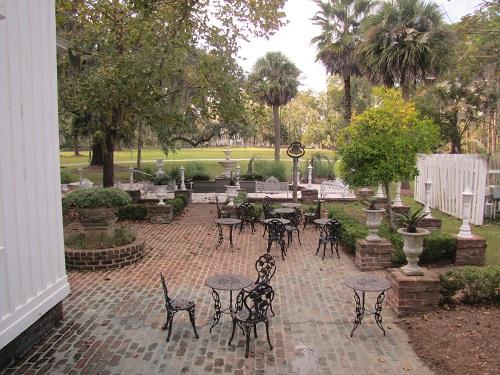 The outside porch area

This is the only tour I have ever been on where the tour guide offers you a glass of wine and invites you to sit on the antique furniture.

We began our tour in the foyer of the mansion where we learned that James Brown Kirk bought 880 acres that became Rose Hill Plantation. Over the years, the community was known as Kirk’s Landing, May River, Kirk’s Bluff, Bluff Town and finally Bluffton. After James Kirk’s death, all his land was inherited by his daughter and son-in-law, Caroline and Dr. John Kirk. It was not until the late 1850’s that the Kirks began to build the gothic mansion that overlooks Rose Hill Plantation. 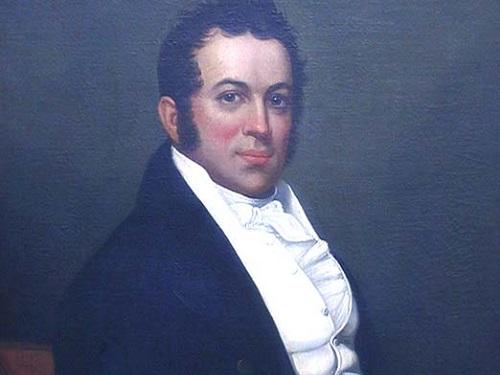 The mansion’s interior was not fully complete in December 1860 when Caroline and John moved in, leading historians to believe that the Kirk’s daughter, Emily, forced her family to move into the home early to hold a Christmas party. This was the first and last Christmas Party the Kirks held in Rose Hill Mansion. It was during this Christmas party that the family received the news about the South’s secession from the Union.

During the Civil War, Fort Walker on Hilton Head Island fell to the Union military in a matter of moments, and the city was burned. When the Union Army reached Bluffton, they burned all but 2 buildings: Church of the Cross and Rose Hill Mansion. There are 3 popular views as to why the Union soldiers did not burn the mansion. To learn about these views, we encourage you to take the tour and decide for yourself! 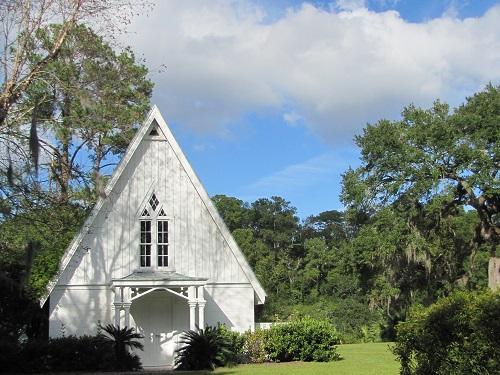 As we moved into the office, Jo Anne explained that the Kirks returned to Rose Hill in 1866 and attempted to put the plantation back in working order. The Kirk descendants held title to Rose Hill until approximately 1928. Thereafter, the plantation changed hands several times.

Descendants of previous owners of the home have visited Rose Hill Mansion throughout the years to share their memories of living in the home.

Betsy and John Sturgeon purchased the home in 1946. John Sturgeon was an Army Air Force Lieutenant, a graduate of The Citadel, and received the Distinguished Flying Cross, the Air Medal and a Presidential Citation. John Sturgeon’s WWII leather jacket is displayed in a glass case in the office. 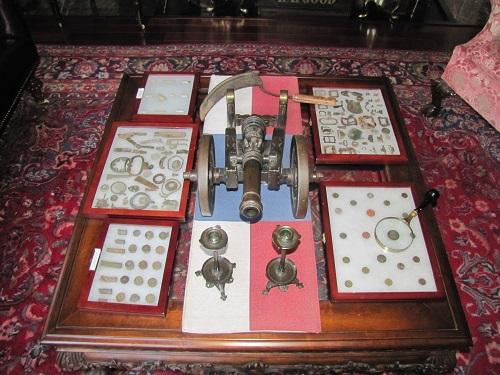 Collection of antiques from the Civil War

From the office, we walked into the Lady’s Parlor room. Jo Anne continued to tell us that the home stood empty for several years after Mr. Sturgeon’s death, until the Welton Corporation and Spinnaker Resorts’ Ken Taylor owner of Ontario Properties purchased the estate and created The Rose Hill Plantation Development Corporation. The company developed Rose Hill Plantation into a gated community of approximately 950 residential homes, an Equestrian Center and a golf course. The plantation mansion was the focal point of this development. Under the supervision of Mrs. Iva Roberts Welton, Director of Rose Hill Plantation House, the mansion was listed on the National Register of Historic Places in 1983. The plantation mansion opened for tours and social events in 1985.

In 1987 a devastating fire left the mansion uninhabitable, charred and empty until 1996. 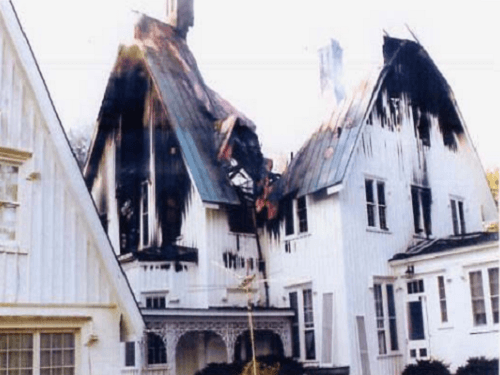 Rose Hill Mansion after the 1987 fire

In 1996, Rusty and Robin White, of the Middleton White Foundation, purchased the house and the surrounding 12.5 acres and began a new era of restoration on the house as a private home. Mr. and Mrs. White purchased the home on Robin’s 29th birthday and began reconstruction exactly one year later. They were married in the home and brought life back to the old mansion. Mr. White’s antique wedding dress and Mr. White’s incredible paintings are on display in the Lady’s Parlor.

As we crossed to the other side of the house into the Receiving Parlor, the first thing I noticed was the great fireplace with a 16th century hand carved German mantel covering a sizeable portion of the room. After a devastating fire in 1987, the Whites were able to sand away the charred layers of the floor in this room to see the gorgeous original pine flooring. 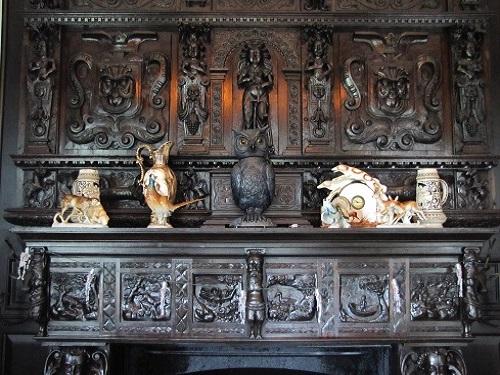 Moving on to the Music room, the group can sit around a large table to admire the view from the extended windows that overlook the yard. Oddly enough, there is no music or instruments in the Music room; it is currently a gift shop for the museum. A portion of the proceeds goes to helping to restore the Rose Hill Mansion. We listened to Jo Anne as she finished the most recent history of the home. Then we moved into the Dining room for sweet southern cookin’ by Chef Pat. Pat explains with great pride the preparation and tradition of each dish she serves. I would suggest trying everything, because each dish is absolutely delectable. You can also purchase her pies and other sweet treats. Tea set in the Music room

After the Rose Hill tour, you will have just enough time to visit the Bluffton Farmer’s Market. Take a few minutes to walk down to the Church of the Cross to see the similarities between the church and the mansion. You might notice that the two buildings are so similar that maybe there is a secret to why these were the only two buildings in all of Bluffton not to be burned by the Union. You can also dive deeper into the history of the mansion by visiting the website. Tours of this house are no longer permitted as it is now a private residence. However you can still visit Rose Hill Plantation. Nestled among majestic oak and magnolia trees, lagoons and marshes, acres of open green space and exotic wildlife, this plantation is a true Lowcountry paradise.

Did you join us on the Rose Hill Plantation Tour? Share your thoughts with us on Social Media!

Any cookies that may not be particularly necessary for the website to function and is used specifically to collect user personal data via analytics, ads, other embedded contents are termed as non-necessary cookies. It is mandatory to procure user consent prior to running these cookies on your website.