Spinnaker was first inducted into II’s Chairman’s Club in 2008 – awarded to the Top 25 Sales Producing Resorts Worldwide. Spinnaker achieved this award again in 2009 through to 2018 – 11 years in a row. 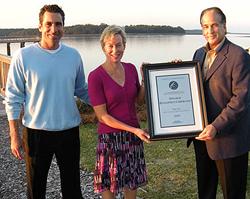 In 2009 Mr. Craig Nash, Chairman-Chief Executive Officer of II made his first visit to Hilton Head Island, SC to conduct site visits at all of Spinnaker’s HHI Resorts and host an appreciation event for Spinnaker at Bluewater. Hilton Head is one of the first markets in North America to offer timeshare ownership.